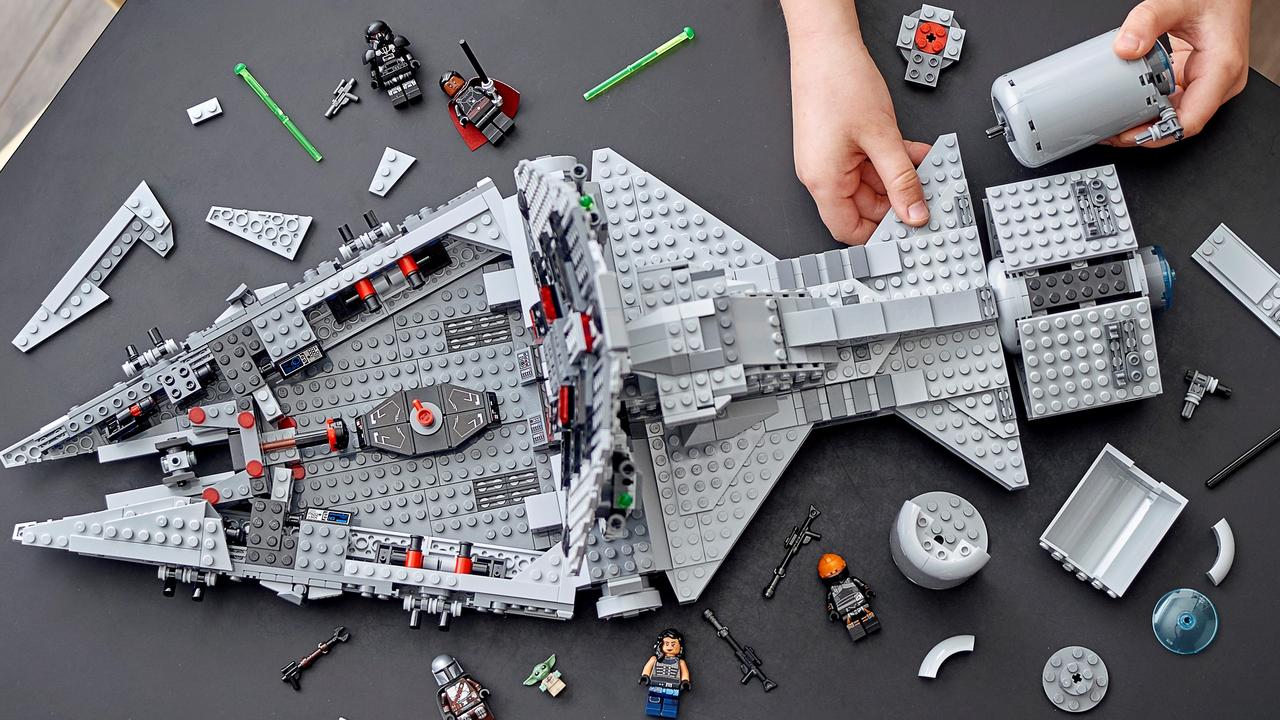 LEGO has inspired imaginations of children and adults alike since its introduction to the world on 10 Aug 1932. From creating outer space worlds and iconic landmarks to cars that move – actually move – and Hogwarts(!!), LEGO has a set or style to suit everyone, regardless if you’re Team Hufflepuff or Slytherin.

LEGO fans will be thrilled to learn that the brand is now possible to purchase via Amazon. The Iconic – so if you have a same-day or next-day need for a new kit, they’ve got you covered.

To hunt down the best sets for adults and kids alike, we’ve spoken to LEGO Master Annie O’Reilly, along with some superfans who have recommendations that the whole family will enjoy – brick by brick.

NOTE TO READER 25 per cent off selected LEGO setsFor a limited time only. Some of our top recommendations, including the LEGO Star Wars Imperial Light CruiserThe LEGO Friends Heartlake City Grand Hotel.

A self-confessed LEGO fan girl, Annie O’Reilly hit our TV scenes on the second season of LEGO Masters Australia. She is also an active member of the Melbourne LEGO User Group and part of the organising Committee of Brickvention, Australia’s Premier LEGO Fan Convention in Melbourne. Translation: We listen when she gives LEGO advice.

“The assembly square is one of my favourite builds. I enjoyed especially the details in the architecture of the building: different types of friezes, the roof lines, the different types of windows and facades, the spire. Inside the buildings, I loved the variety of shops: the dental surgery complete with dental equipment, the dance studio, bakery with the big wedding cake in the shop window, the diner complete with musicians, the flower shop, and the mini figures milling about. It’s easy to lose yourself in this wonderful world of the assembly square.”

“The most relaxing set I’ve found is the latest botanicals range. With the botanicals bonsai and flowers, I am transported away to a mindful and relaxing creative space that is elegant and mature. Having a LEGO offering for adults that fits so nicely into a home or office space is relaxing for my mind and spirit.”

“LEGO Dots are a magnificently relaxing LEGO offering in their latest product range too. I love how tactile the small tiles are, and how cool they feel at my fingertips. There is pure satisfaction when running your hands through a bowl or bucket of LEGO Dots! I also love how LEGO Dots are about patterns and expression rather than instructions or conformity. It’s so relaxing to build freely!”

“The most challenging set I’ve worked with would be the Death Star within the Star Wars range. The Star Wars sets are amazingly impressive, but the colour palate can make pieces quite difficult to find and read within instructions. Also the sheer size and complexity when building the Death Star is massive and time consuming. But so worth it in the end!”

Notice: The Death Star has been discontinued. It’s completely sold out on the LEGO siteYou can find it on AmazonOr eBay. If you don’t, you can expect the same challenging experience at the LEGO Star Wars Millennium FalconOr LEGO Star Wars Imperial Light Cruiser.

“With regard to the more play-based sets, I will always be a LEGO City and LEGO Creator girl. The classic themes and modern day inclusions in their offerings mean that a Monster Burger Truck is perfectly acceptable alongside your fire station, and I love that LEGO is consistently finding ways to be inclusive in their representation of all people through play.”

“My favourite LEGO sets right now are the LEGO Art series though. They combine the relaxation of LEGO Dots with a visual centrepiece that can become part of your home. I also love that they’re out of reach from my children, and cater for a wide range of fanbases from Harry Potter to Andy Warhol.”

RECOMMENDATIONS FOR LEGO SUPERFAN OTHERS
We consulted a few more self-professed LEGO superfans of all ages and genders to find out which sets are their personal favourites – and why.

“Two icons, LEGO and Porsche – what more could you want? What I enjoyed about building this was you saw results early on in the build, giving you instant satisfaction. The attention to detail is incredible. Once finished you can move the steering wheel, shift gears, turn the car into a convertible and tilt seats. It’s hard to keep my grandsons from playing with it. This is the closest thing I’ll come to the real deal for now, and I’m okay with that.”

“With an affordable price point for LEGO, this will always be a favourite of mine for the simplicity but creativity it offers. First you build the lion, then it can be rebuild it into an ostrich then a warthog. Won’t take you ages to do and perfect for kids.”

“With 910 pieces and a same-same colour palette, this LEGO set resulted in a rewarding but challenging afternoon. The results, however, are museum worthy and bigger than expected. It looks really impressive on my desk. Took me around three hours to build and once completed it’s hard to play with so would recommend as more a look but don’t touch creation.”

“Quarantine started with Friends binges for me and ended with Friends LEGO builds. This set is so fun. Phoebe with her guitar – I love it! So cute! It wasn’t the most challenging build I’ve ever done, for me that was Hogwarts Castle and this is a walk in the park (or perk!) in comparison, but it did take me about four hours over a couple of days. The attention to details is divine. If you love the show, you’ll love this.”

What were the TOP-SELLING LEGO THEMES FOR 2020?

The most popular and best-selling theme for 2020 Technic building kitsThey are designed for those who love to move. Each model toy is based on real-world vehicles. It always features authentic design details and functional functions. This is one of the most rewarding and challenging sets for car enthusiasts.

This theme is home to some of the most challenging and iconic LEGO set – yes, we are looking at you Death Star and Ultimate Millennium Falcon. It allows Star Wars movie fans to create their very own faraway galaxies. We love The Childbased on Star Wars: The Mandalorian’s beloved character, Baby Yoda has created a Baby Yoda figurine.

As the name suggests: this themeThe city’s construction is the central theme. Houses, fire stations, shopping strips, pizza restaurants. – basically everything you’ll find in a city. It is suitable for all ages and genders.

This is for adults and children who prefer to be guided by their imaginations, rather than a guidebook. Each setThere are many shapes and colours available, so the user can create whatever they want.

This collection is based on five friends – Stephanie, Mia, Olivia, Emma and Andrea who all live in Heartlake City. The goal of the game is to build their world. From creating their houses to building the shopping mall they go or movie theatre they attend, this is one theme that’s bound to bring endless hours of exploring and playing.

What are the TOP-SELLING LEGO SETS FROM AMAZON

These LEGO sets were the most-sold on Amazon last year.

WHICH LEGO SET HAS THE MOST PIECES?

The LEGO set that is the biggest ever was made in November 2020. LEGO Creator Colosseum. It boasts a staggering 9036 parts. It is part of the Creator theme. It’ll set you back $749.99, weighs in at 12kg. According to reviews, it took between 15 hours and a week to complete.

Once you’ve finished your LEGO masterpieces, you might what hit the town and enjoy five of the best experiences on offer in MelbourneYou can also play with the best gaming headphones.

Then make sure you’re getting the best deals on your purchases by visiting news.com.au Coupons. There you’ll find discount codes for the biggest names in the country, including Bonds, General PantsAnd Cotton On.

Last but not least, make sure you sign up to our subscription fee-free Best Of newsletterDon’t miss a great deal!

Check out these related topics:Amazon

Toys Daily Share - October 28, 2022 0
LEGO Every year, we eagerly anticipate the release date of the LEGO Advent Calendars. Now that the date has arrived, they are available for...