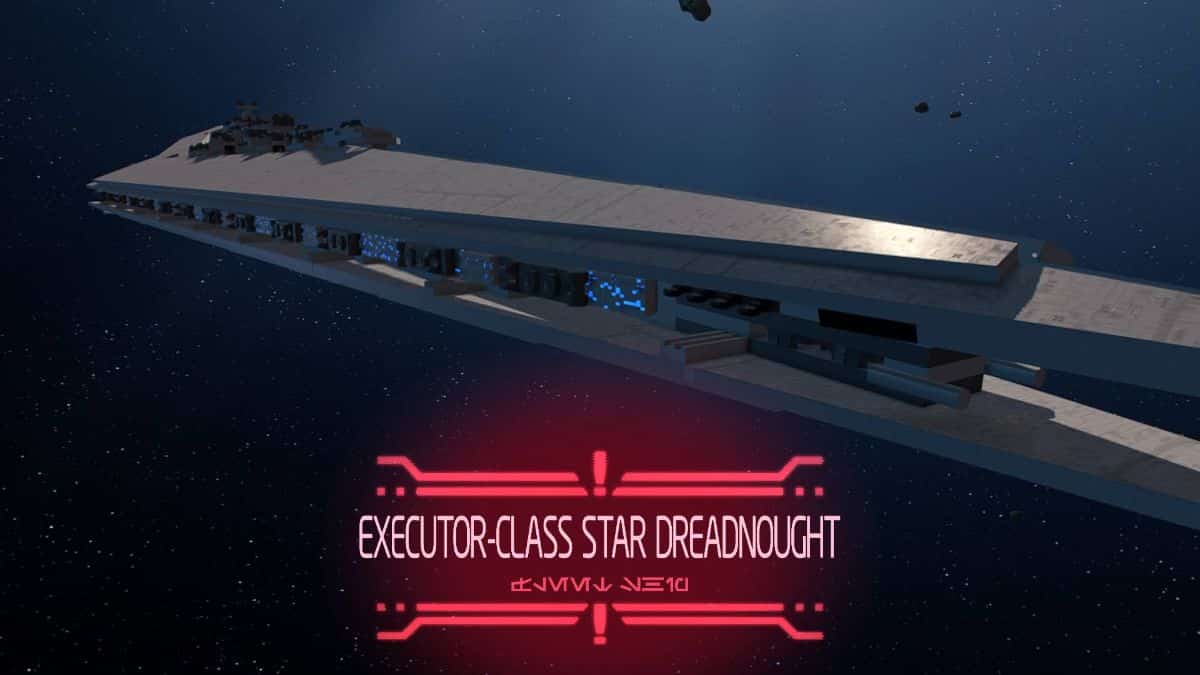 Explore the galaxy! LEGO Star Wars: The Skywalker SagaYou can, even in outer space! There’s also a lot to do in space, such as character missions, smuggling runs, space races, challenges, and conquest. Even better, all of this can be done in style using the best starships. LEGO Star Wars.

So which starships should be used to explore the cosmos? Whether you’re going on a pleasure cruise through the vacuum of space or taking down battle stations, these are the best starships in LEGO Star WarsYou should embark on your next galactic adventure.

Though they may be small in size, don’t underestimate these little starships. Remember, it was a small, one-man fighter that took down the Death Star, which was the size of a moon! While things like speed and health are the same from ship to ship, there are a couple of differences, such as agility, damage, firing speed, acceleration, and maneuverability.

Smaller ships are great for flying around since they have better acceleration and agility than other ships, making it easier to maneuver around obstacles. This especially comes in handy when you’re racing through an asteroid field!

It may seem surprising that a mere escape pod is one of the best starships in the galaxy. After all, it’s not even technically a ship. However, this is LEGO Star Wars, so this Correllian emergency craft comes with a blaster cannon, a hyperdrive, and the ability to shoot photon torpedoes.

It also has a fairly high firing rate, so it can hold its own in combat. And since it’s one of the smallest starships in the game, it’s a little easier to avoid being hit. There’s nothing quite like taking down Star Destroyers with nothing but a Tantive IV Class-6 escape pod.

The A-wing Starfighter was one of many types of ships used by the Rebel Alliance in their fight against the Galactic Empire, and was also later used by the Resistance. It was designed to be fast and streamlined. And since it was fitted with two hyperdrive motivators and dual fusion reactors, its speed is just about unparalleled.

In LEGO Star Wars: The Skywalker Saga, this is a slightly different story, as every ship has the same top speed. Due to its small size, though, the A-wing has remarkable acceleration and maneuverability. It also has dual blaster cannons with a high firing rate, so the ship also does quite well in combat.

And there’s three different versions of the A-wing in the game, so you have some say in what look you want to go for. Overall, it’s a great little ship to have around.

Now, just because escape pods can take down Star Destroyers doesn’t mean that larger starships aren’t good too! Sure, they may take a couple extra seconds to reach max speed and are bigger targets for enemy ships, but large starships still have their advantages. Some of them can pack quite the punch.

It’s everyone’s favorite hunk of junk and the ship of the smuggler Han Solo. It’s the Millennium Falcon, a modified Corellian YT-1300f light freighter. This icon ship is known for many things, but most notably, it made the Kessel Run in less than twelve parsecs. The Millennium Falcon also fought in the Battle of Yavin, and Lando Calrissian and Nien Nunb used the ship to blow up the second Death Star during the Battle of Endor.

The large size does mean acceleration is slower and that the ship is slightly harder to maneuver, but the Millennium Falcon’s blaster cannons also have a good bit of power, in addition to a high firing rate.

On top of that, there are also certain challenges where the extra width comes in handy. This starship has seen and done quite a bit, and it’s going to be able to do even more when it’s in your hands.

Once you’ve completed all of the Gonk side missions, one last Gonk will ask for your aid, and once you help them out, the ship can be yours for 500,000 studs.

However, the ship is more than just a vessel for transporting Gonk Droids. The weapon systems on the ship are indeed fully operational, and even though the firing speed is slower, the shots do more damage, so you can take out ships relatively quickly.

The different opposing groups in the Star Wars universe are constantly fighting, and if you want, you can step in and turn the tide of the battle. You can also earn some studs while you’re at it! Just fly to the red areas marked by a question mark, and the encounter will begin.

You’ll join the fight on one of the two sides, depending on what character you’re playing as. And if you’re playing with a friend, you can be on different sides and see who comes out on top!

The Royal N1 Starfighters were single-person starships commissioned by the Queen of Naboo for the royal guard. They were notably used to defend against the Trade Federation during the Invasion of Naboo, and a modified N1 Starfighter is Din Djarin’s current ship.

Another cool thing about these starships is that because of how they burn fuel, they are significantly more environmentally friendly compared to other starships in the Star Wars universe.

The N1 Starfighter is relatively small and agile, and they have great acceleration and maneuverability. As such, it’s much harder for enemies to hit you when you pilot this ship. As for the weapons, the ship is equipped with dual blaster cannons that have a high firing rate, and the N1 Starfighter can also fire photon torpedoes.

However, don’t rely on the photon torpedoes, as it can be hard to land a hit since the ships are quickly flying all around. Another bonus of the Naboo Starfighter is that it’s also really accessible, as all you have to do to unlock the ship is play through Episode I: The Phantom Menace.

X-wings are small, one-man fighters that were regularly used by the Rebel Alliance. They’re characterized by their S-foils, which form an X when expanded, and they’re also regularly used in dogfighting. X-wings were notably used during the Battle of Yavin to blow up the first Death Star. And it’s also Luke Skywalker’s ship of choice, as he flew a T-65 X-wing throughout the original trilogy.

Like most snub-fighters (small single-person ships), the X-wing is relatively small and maneuverable. It has rapidly firing blaster cannons and can fire photon torpedoes, though the X-wing has four blaster cannons compared to the N1 Starfighter’s two. All of this makes X-wings optimal for space battles. And if you want to change up your look, there’s plenty of X-wings to choose from.

Every once in a while, a giant ship will jump out of hyperspace, and you’ll have the opportunity to engage and take that ship down. Sometimes, it will end up being a capital ship that you can take over after beating the ship in combat, and at other times it will just be a giant ship that you can destroy. You can also earn a decent amount of studs in these encounters.

So what ships should you be flying to blast them into oblivion?

However, what makes this ship great for taking down humongous ships is that the Resistance Bomber comes with infinite photon torpedoes. While photon torpedoes may not be the best in a dogfight, their extra firepower is perfect for these ship encounters.

Since the ship isn’t really going anywhere, you can just eyeball the shot instead of waiting for the torpedo to target a specific spot. On top of that, the StarFortress has three blaster cannons with a high firing rate that can take out enemy starships in seconds.

Another starship that works well against capital ships is the B-wing, another heavily armed bomber that was used by the Rebel Alliance. Like other bomber starships, the B-wing has the advantage of infinite photon torpedoes, which can certainly speed things up when taking out a ship’s defenses.

And like the Resistance Bomber, the B-wing has three blaster cannons that can make quick work of enemy starships. You should definitely take a B-wing out for a spin.

So out of all of these ships, which one is the best for any given situation? Which one would be the finest addition to your collection? Honestly, it would have to be the MG-100 StarFortress SF-17. It has it all, from infinite photon torpedoes to a triple array of blaster cannons that can rapidly obliterate any starfighter.

It’s also small enough that it gets decent acceleration and maneuverability. That’s why it’s our pick for the best starfighter in the galaxy.

We hope you enjoyed this article on the best starfighters in LEGO Star Wars: The Skywalker Saga! Let us know about your favorite ships by commenting below, and make sure to subscribe to our weekly newsletter! It will certainly make a fine addition to your collection. You can also check out our content regarding the latest and greatest video games, including many more LEGO Star Wars.