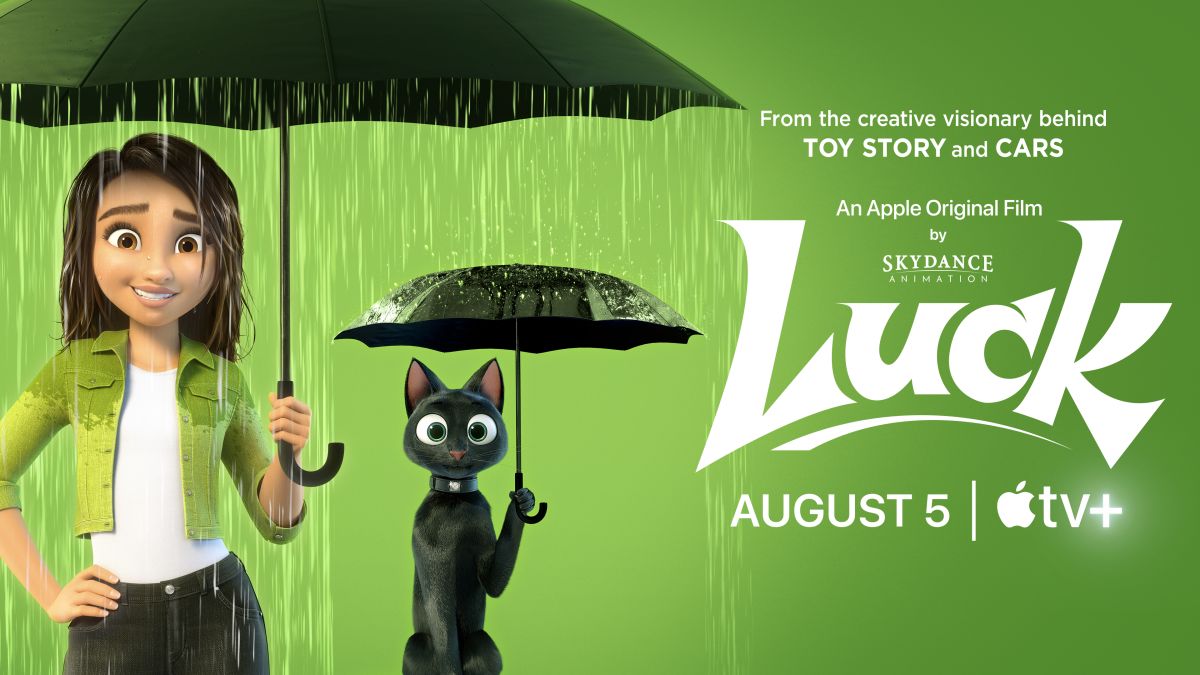 The film, which is helmed by the minds who created other beloved films like Toy Story and Cars, tells the story of Sam Greenfield, “the unluckiest person in the world.”

“Luck” centers around the story of Sam Greenfield, the unluckiest person in the world. When she discovers the never-before-seen Land of Luck, Sam must unite with the magical creatures there to turn her luck around. Eva Noblezada (“Hadestown,” “Miss Saigon,” “Yellow Rose”) will provide the voice for Sam. When she ages out of foster care, Sam discovers the Land of Luck and embarks on a quest that could change her luck forever. Simon Pegg (“Mission: Impossible,” “Ice Age,” “Star Trek Beyond”) will provide the voice for Bob, a lucky black cat from the Land of Luck, where the Captain, voiced by Emmy, Grammy, Oscar and Tony winner Whoopi Goldberg, stands guard as the head of security. Bob becomes Sam’s partner in the quest to find a lucky penny in hopes of preserving his lucky life.

If you haven’t seen the official trailer for the new film, you can check it out below:

How to watch Luck on Apple TV+

In order to watch the film, you’ll need to be an Apple TV+ subscriber. Apple TV+ is available for $4.99 per month or as part of any of the Apple One subscription bundle tiers.

Luck is streaming now on Apple TV+. If you want to enjoy the movie in the best quality possible, check out our review of the Apple TV 4K and our list of the Best TVs for Apple TV 2022.