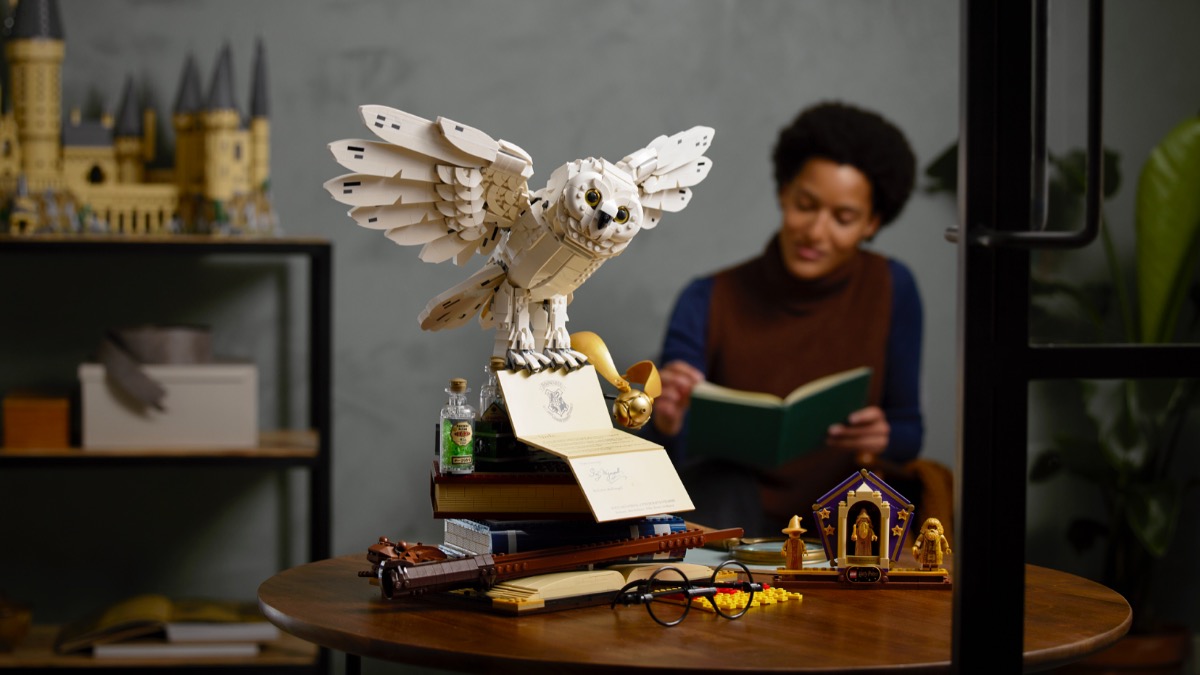 Last year’s seminal LEGO Harry Potter set 76391 Hogwarts Icons Collectors’ Edition is finally back in stock in the UK and Europe – and it’s a little bit cheaper than before.

The decorative display piece – which is topped by a life-size recreation of Harry’s owl, Hedwig ­– disappeared from the official online store at the tail end of November, presumably following a rush of orders across Black Friday. Since then, it’s been listed as ‘temporarily out of stock’To the chagrin all those who wanted to buy it as a last-minute Christmas gift.

If you’ve got any spending money left post-holidays, though, the 3,010-piece model is now available to buy once more. And best of all, the LEGO Group’s recent price changes have actually benefited 76391 Hogwarts Icons Collectors’ Edition in the UK, where it’s now £10 cheaper than when it originally launched at just £219.99.

The price has remained consistent on the continent at €249.99, but as you can read in our glowing review of the Wizarding World direct-to-consumer set, it’s well worth the money. Coming in as an entirely different concept to the previous two products in its category – 71043 Hogwarts Castle and 75978 Diagon Alley – the collection of buildable objects includes all the hallmarks of the Potter-verse.

Its return to LEGO.com means 76391 Hogwarts Icons Collectors’ Edition also re-joins Brick Fanatics’ Top 20 LEGO Sets List, where it slots straight in at sixth position. For the complete daily list of the best LEGO sets available in the UK, visit this link.

For the time being, 76391 Hogwarts Icons Collectors’ Edition is still out of stock stateside, but if you’re keen to pick it up soon, sign up for our email alerts and we’ll let you know when it’s back.

Support the work that Brick Fanatics does by purchasing your LEGO Harry Potter sets using any one of our affiliate links. We are grateful!