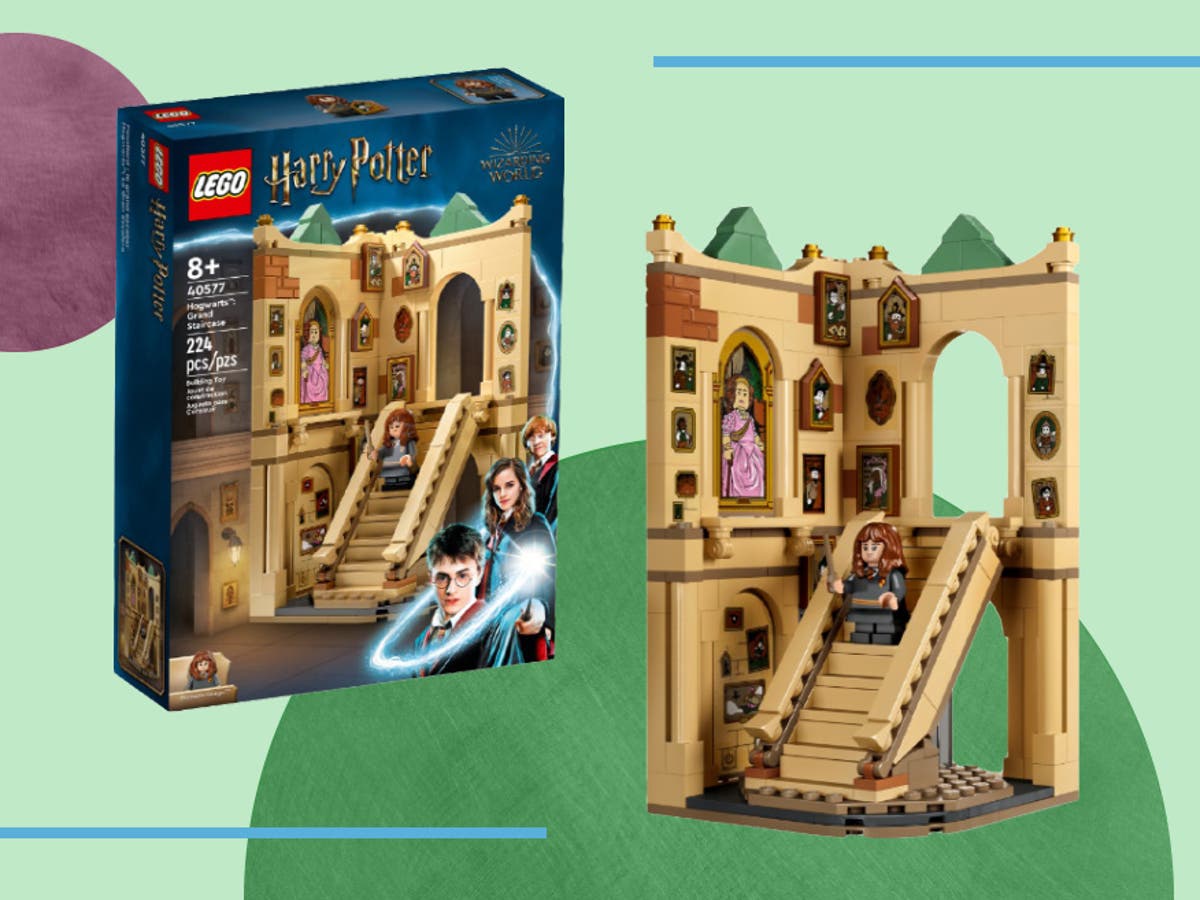 Potterheads rejoice, as Lego is giving away a free Hogwarts set worth £20 with purchases of Harry PotterOnly for a limited time

The gift features the grand staircase in Hogwarts that’s used to access each floor of the famed castle, including the dungeon.

To claim the freebie, you need to spend more than £130 on Harry Potter sets on the Lego site – and there’s plenty of choice.

Starting at a Fantastic Beats Ministry of Magic build to Dumbledore’s office, or the realistically detailed Hogwarts Castle set, now’s your chance to grow your collection or invest for the first time.

Here, we’ve detailed everything you need to know about the free gift, as well as some inspiration on what sets to buy from Lego.

Usually worth £17.99, you can claim Lego’s Hogwarts grand staircase build for free right now. Comprised of 224 pieces, it’s designed for ages eight and upwards and is perfect for getting the whole family involved.

Complete with a Hermione figure, a moving staircase and stickers that feature portraits hung on Hogwarts’ halls, the set will make for a fun display piece once built.

Free with purchases more than £130 until 31 July, it’s only available while stocks last so you’ll want to be quick claiming the Harry Potter build.

Are you looking for ideas on what to buy? We’ve got you covered.

Our tester loved this build and it earned a spot on our list of the top Lego sets for kids. “The set is recommended for those over eight but our nine-year-old whipped it up in no time, so younger children shouldn’t find it too challenging,”They said. The portable playset opens up to allow for play and is designed to look similar to a brick-built spelling book. “Everything can be tucked away inside the book when your child moves onto something else – a godsend if space is tight.” Costing just £24.99, note that you’ll need to purchase something else from the Harry Potter collection to make it up to £130.

If you’re happy to splash out, this 5,544-piece build is a dream for Harry Potter fans. This set allows you to enter Diagon Alley’s magical world. It measures more than a metre across and features authentic film details, 14 minifigures, and four new characters. On the shopping street, you’ll find Ollivanders wand shop, Weasley’s wizard wheezes, Florean’s Fortescue’s ice cream parlour, Scribbulus’s writing implements and much, much more.

The Lego Hogwarts Astronomy Tower Set will be complete with the free grand staircase. Comprised of 971 pieces, the build is designed for kids aged nine and upwards and contains famed rooms such as the Ravenclaw dormitory and Horace Slughorn’s classroom, as well as eight characters including Harry Potter, Hermione and Ron. You can also find fun accessories like letters, mandrake plants, and a book full of potions.

This collector’s edition set is made from 3,010 pieces and includes three minifigures. From Harry’s famous glasses to the wand that chooses the wizard, or a tray of potion bottles, it’s any Potterhead’s dream to build. And on top of the build sits Hedwig the owl – symbolising the Harry Potter universe.

Check out the links below for the latest offers on toys and other activities.

Toys Daily Share - August 5, 2022 0
Which Harry Potter games are best? There’s undoubtedly a palpable camaraderie between two Harry Potter fans when they meet for the first time. Even today,...