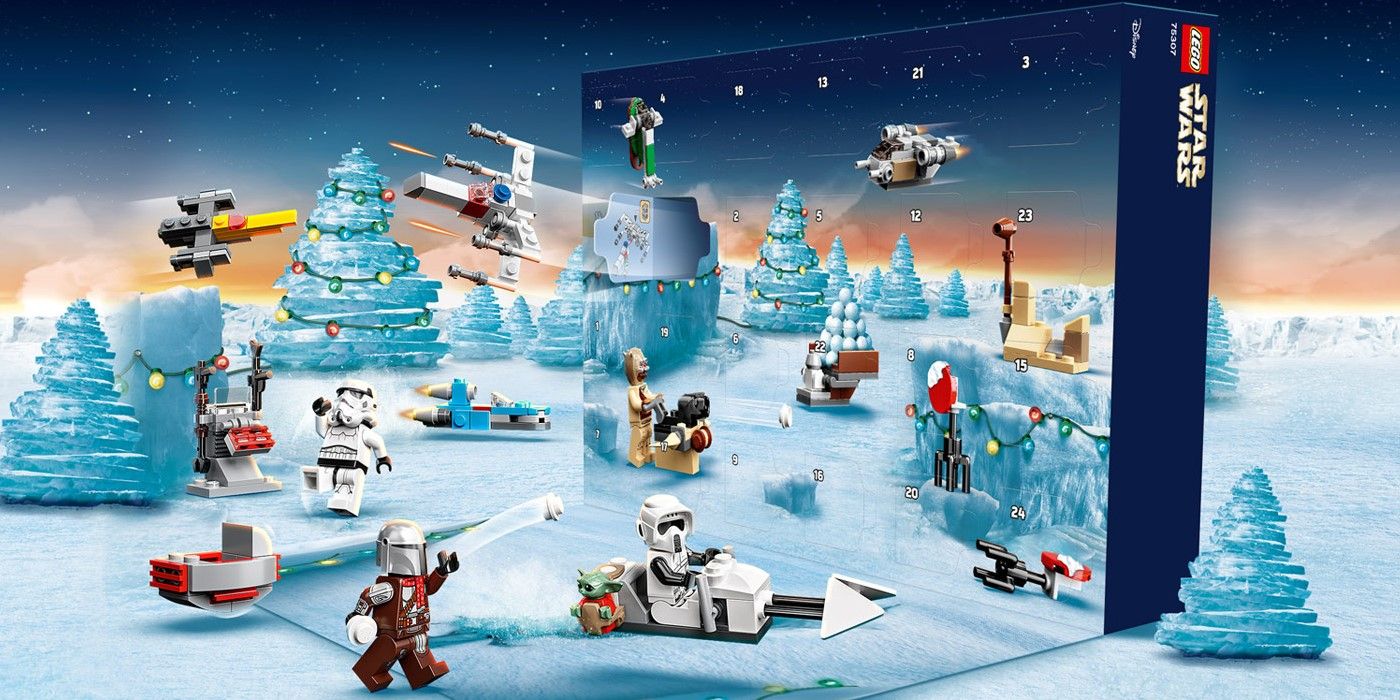 The new advent calendar set includes 335 pieces. It also includes a festive box that can be folded out and used as a background display.

“We look to pick a variety of builds balancing between the iconic elements from the show, recognizable favorites, and offering up some unique builds. Of course, we always have our Christmas-themed minifigures/modified builds each year. Something different for this year is that we have a buildable speeder bike that can be used by the Scout Trooper with room to attach Grogu in his holder on the back. We have a hover crib for Grogu and the ride-on droid transport trailer. A lot of the items allow for interaction and play with minifigures, with some builds belonging to a sub group in the calendar. There’s a lot of opportunity to create your own little stories with the builds.”

RELATED: “The Mandalorian” to Show How They Brought Back Luke Skywalker In A New ‘Disney Gallery Special

Minifigures are included in the set

The LEGO Star Wars Advent Calendar is a tradition that has been going strong for a decade. However, this advent calendar is the first to be entirely dedicated to The Mandalorian.

The LEGO Star Wars Advent Calendar 2021 will be available on September 1, 2021, and is priced at $39.99. You can purchase it here. See more images below of Christmas Grogu

Daniel Craig to Make $100 Million From ‘Knives out’ Sequels, Other Star Salaries Revealed


Jayson, a Michigander from Paw Paw (He/Him), is an author. He loves reading, writing and gaming.