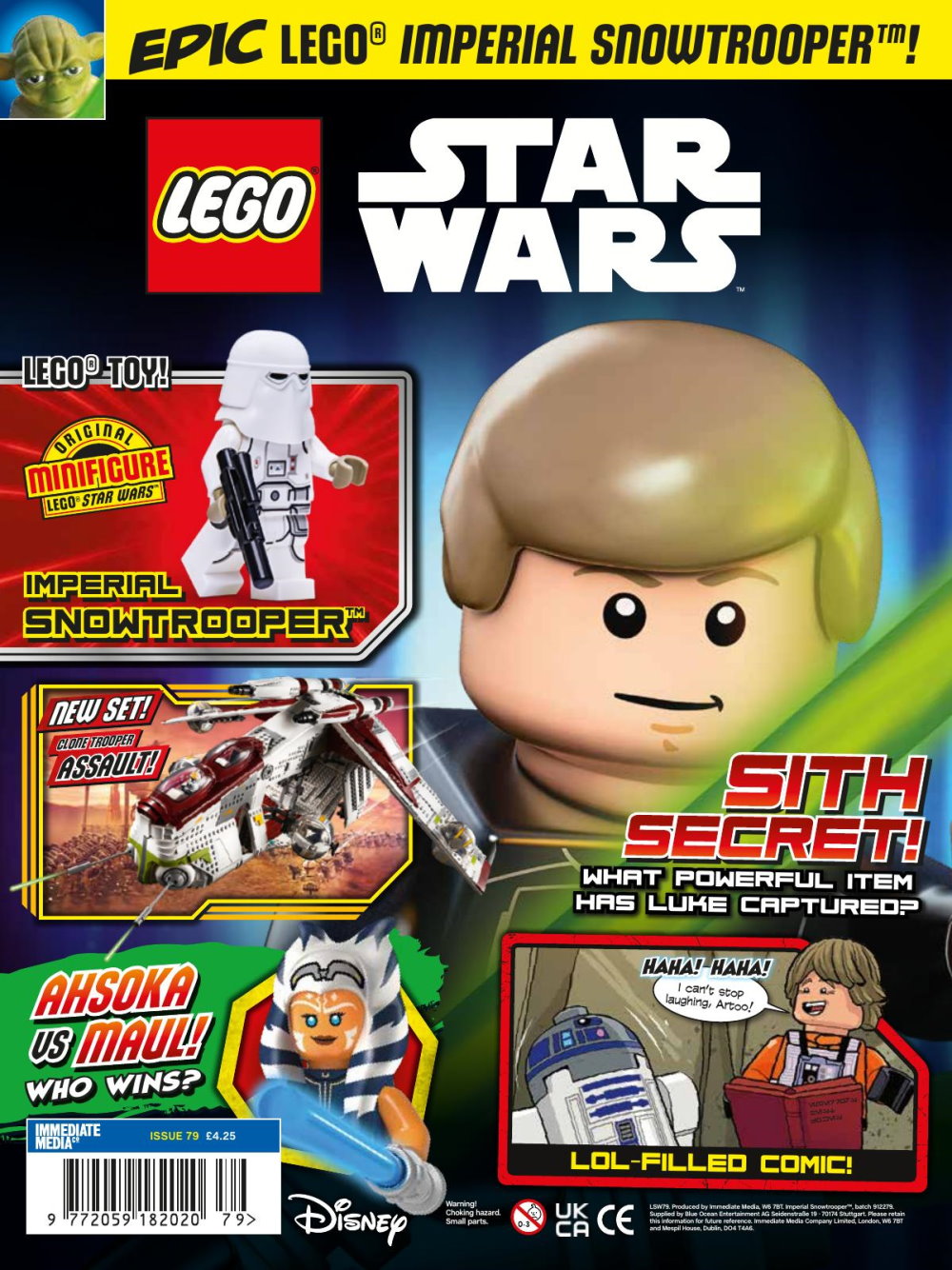 Issue 79 LEGO Star Wars Magazine is out now, and here’s all the details of what readers can expect when they grab it from their local newsagents, including a Hoth Snowtrooper minifigure.

The epic new issue of LEGO Star Wars magazine has just landed and it’s bringing a chill! It includes a LEGO Imperial Snowtrooper minifigure from the Battle of Hoth and a humorous bonus comic about these white-suited villains.

In the mag’s main comic, Luke Skywalker steals the Emperor’s jokebook with hilarious consequences! Search your feelings (or just the rest of the magazine) and you’ll find awesome posters featuring Vader, Han Solo and Chewbacca, tons of puzzles to keep you guessing, news on the massive Republic Gunship LEGO set and even a cut-out and create flipbook featuring the Millennium Falcon and some misfiring TIEs!

You can find all this and much more in the LEGO Star Wars magazine.

Domhnall Gleeson is down for more Star Wars, but not optimist

Toys Daily Share - August 31, 2022 0
“Star Wars: The Force Awakens” star Domhnall Gleeson is 100% at the ready for a spinoff film tied to his character, the antagonistic...