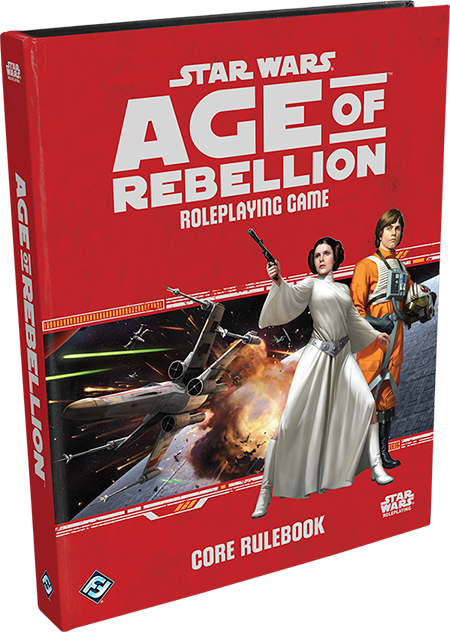 Summer Vacation, the third animated LEGO series, was our summer treat. We will share in this article all references, Easter eggs, and other trivia we have found, much like we did with the episode guides for the live-action series.

Official Summary: Finn has planned a surprise vacation for his friends aboard The Galactic Starcruiser, The Halcyon! But Finn’s plans quickly go awry when he’s separated from the group. Alone on board the Halcyon, Finn encounters three Force Spirits — Obi-Wan Kenobi, Anakin Skywalker, and Princess Leia, who each share their own unexpected stories of vacations gone wrong.

Trivia:
The minifigure turns his head as he exits the opening with the helmets and heads. This minifigure is a replica of J.J Abrams, and is not the first LEGO minifigure he has made. He was also available as a playable character. Lego Star Wars: The Force Awakens.

The planet profile image in the Planet Profile Image seems to have inspired Chandrila’s globe Age of Rebellion Core Rulebook.

The Halcyon is a tie-in to Disney Galactic Starcruiser. Minifigures can be spotted with the actual uniforms Cast Members wear.

The Halcyon’s first two cameos can be spotted from the Halcyon LEGO The Freemaker AdventuresRaam and Baash are Ithorian bounty hunter Raam.

Threepio, Artoo and Christmas sweaters remind us of the LEGO Holiday SpecialYet, they never wore sweaters inside it. Poe’s sweater did have BB-8 on it.

The droid bartender’s name BV-RJ is a play on the word beverage.

Yerdua Drop is a short for Yerdua Poison Spitter DropYou can order a drink called ‘The Galactic Starcruiser’. It is non-alcoholic, so Finn is not drunkenly imagining Obi-Wan’s Force ghost. 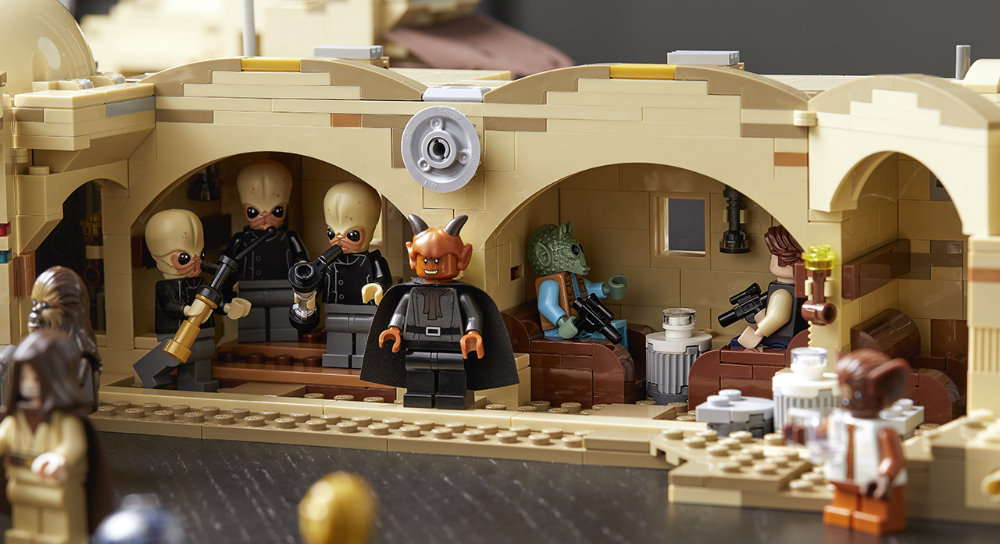 A fair few of familiar faces from the Cantina can be spotted there besides Wuher (who is seen kicking out a GNK droid): Dr Evazan, Ponda Baba, Figrin D’an and the Modal Nodes, Labria and Momaw Nadon. Strangely enough a couple of the other local barflies decided they rather hang out at Jabba’s Palace.

When Obi-Wan enters The Cantina, you can hear typical western suspense music.

Lieutenant Colvett Valera is another familiar face. The Freemaker AdventuresHowever, she is not only the one from that series to appear in the Tatooine section. The Imperial arriving at Jabba’s Palace is Plumestriker.

Valeria’s Hawaiian dress matches the red shirt with yellow flowers motif that Tom Selleck wore in Magnum PI, which was also referenced with Dale’s outfit in The Rescue Rangers. 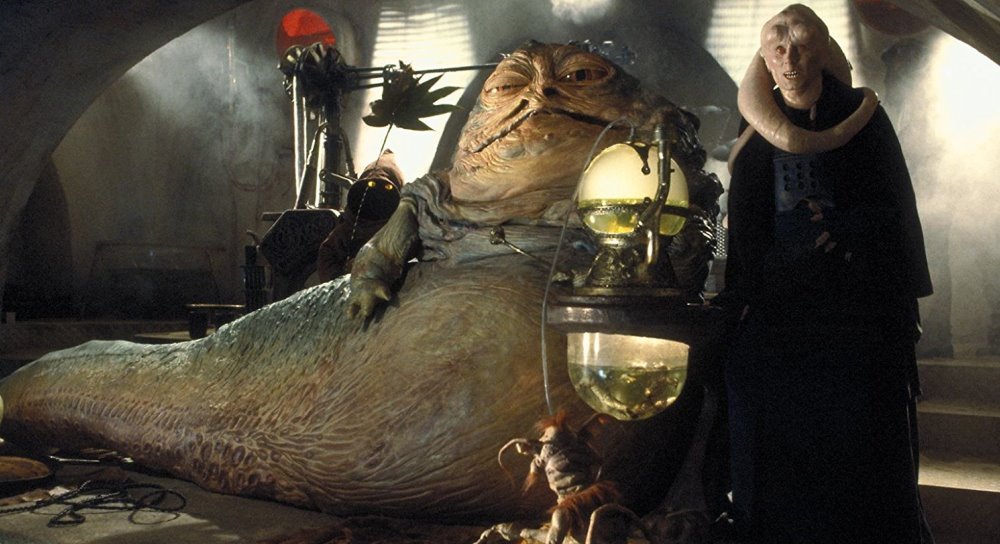 Obi-Wan is a comedian who tries to get people excited. “Nee Jabba”To which the crowd should respond “Nobata”. “Nee Jabba Nobata”Bib Fortuna said it in Return of the Jedi when the droids enter Jabba’s Palace. The spelling of this line can vary depending on where you get it.

The female Gamorrean that can be seen is based on Ralph McQuarrie’s art of a Gamorrean family in the palace that he had made for The Illustrated Star Wars.

Boba Fett appears on his ship and you can hear the last credits version. The Book of Boba Fetttheme, laughing at the way that this version suddenly mentions his own name.

Grogu’s pram design is used in the pool at the sundeck. 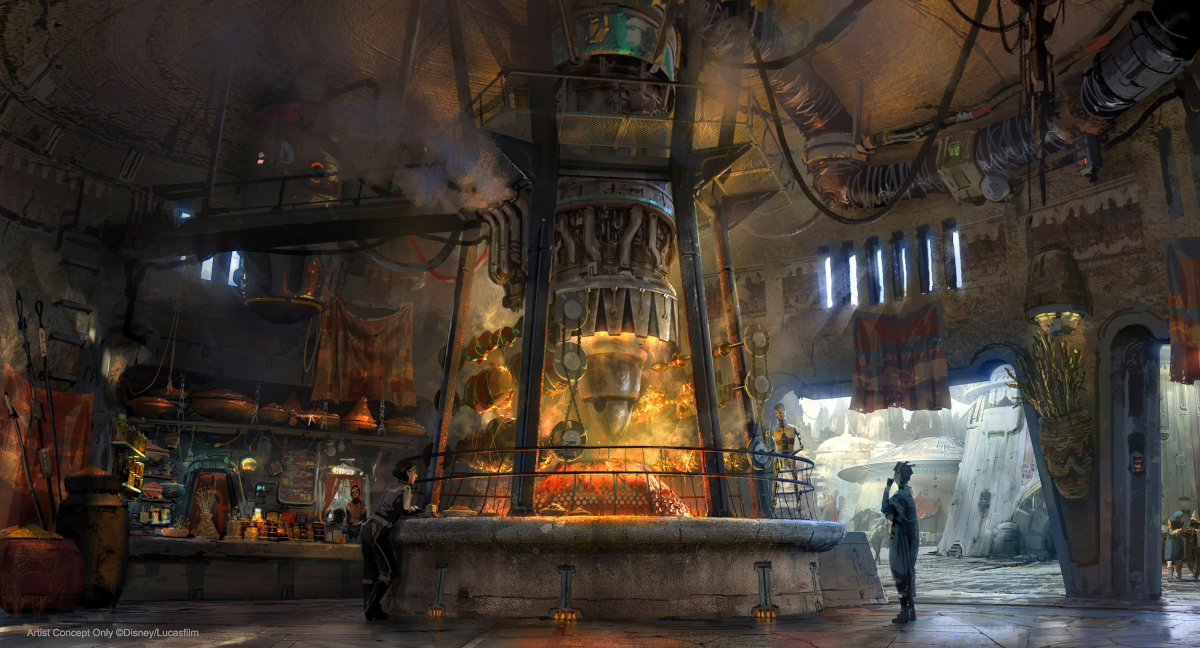 The Ronto wraps can be ordered in Galaxy’s Edge at Ronto Roasters.

Not uncommonly featured in numerous promos. “Weird Al”Yankovic can also be seen in this segment as Vic Vankoh. You can find the full version of Scarif Beach Party here.

These shows have a nice mix between actual minifigures you can buy and new designs we hope we can someday get for real like RX-droid from Han/Leia.

The last face that returns from The Freemaker AdventuresCooper Wick is now the Lake Villages of Endor’s Director.

The previous mentioned The Illustrated Star Wars is also the first time that Ralph McQuarrie designed the Ewok stilt villages on the lake that clearly inspired Wick’s Lake Ewok. 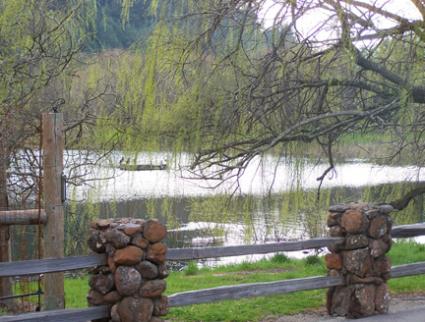 One of the Ewoks calls Wick a Lurdo – a popular word for idiot or loser as seen in the Ewoks cartoon. So Threepio is really rusty in their dialect by translating it as “slimy, sludge-swilling scoundrel“.

Join us on 21 September for the first part in our Star Wars: Andor episode-guide!

Toys Daily Share - August 5, 2022 0
The Star Wars Lego Darth Vader Helmet has just tumbled back down to an all-time low price. Now available for $55.99 at Amazon instead of its...