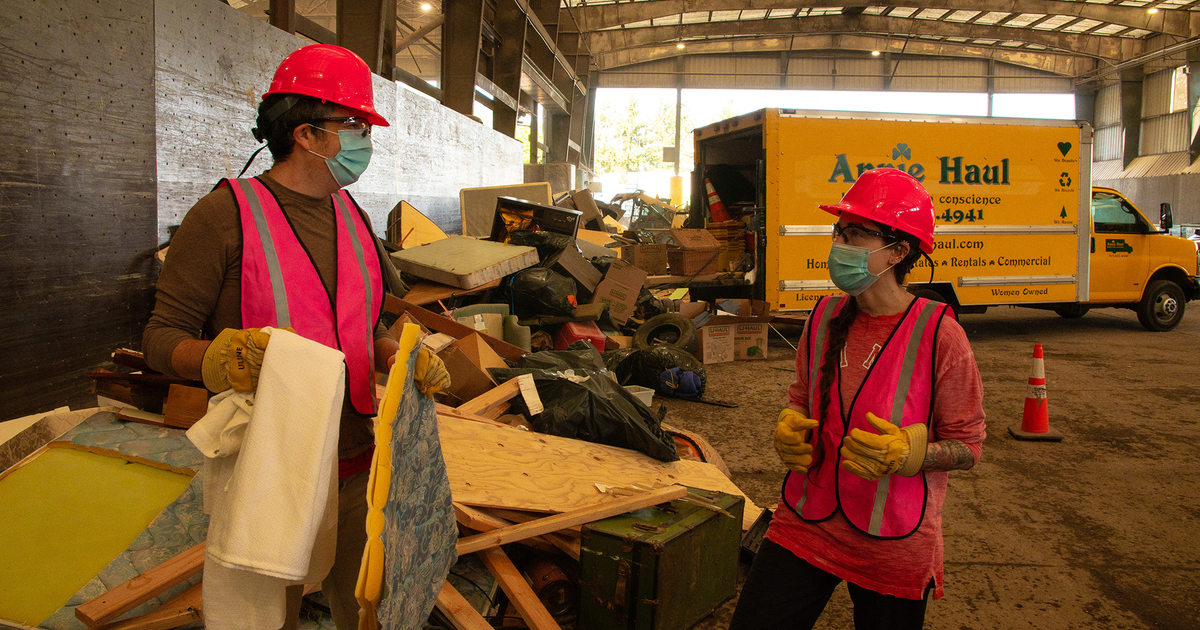 From trash to treasure – five local artists spent months picking through discarded objects and turning their finds into works of art. Their work is part of GLEAN, the annual art program where artists are given access to Metro Central transfer station to create art from found materials and items.

Metro; Recology, which manages Metro Central’s waste management system, and Cracked Pots (a non-profit organization that promotes art and waste reduction), created the program in 2010. GLEAN draws attention to Portland’s waste and inspires people to think about what they are doing with it.

This month, the artists of GLEAN will show these artworks at the annual artist-in-residence exhibition. Here are some details about the artists this year and their motivations for making art.

Caryn Aasness was an artist in residence for GLEAN. She often thought about the relationships between people and their possessions before she was selected. Aasness has previously looked at compulsive hoarding. This is the act of keeping track of what people own and what they buy. At the transfer station, they’ve seen another side through massive dumps of trash.

Aasness is a MFA candidate in Portland State University’s Art and Social Practice program. California State University, Long Beach awarded them a bachelor in fine arts in fiber. Aasness hopes that their GLEAN work will inspire people to think about their stuff and what they discard.

“I think it’s important that our world has room for people to be artists,”They said. “It inspires other people, and it also breeds innovation and creates a space for a conversation that isn’t happening anywhere else.” 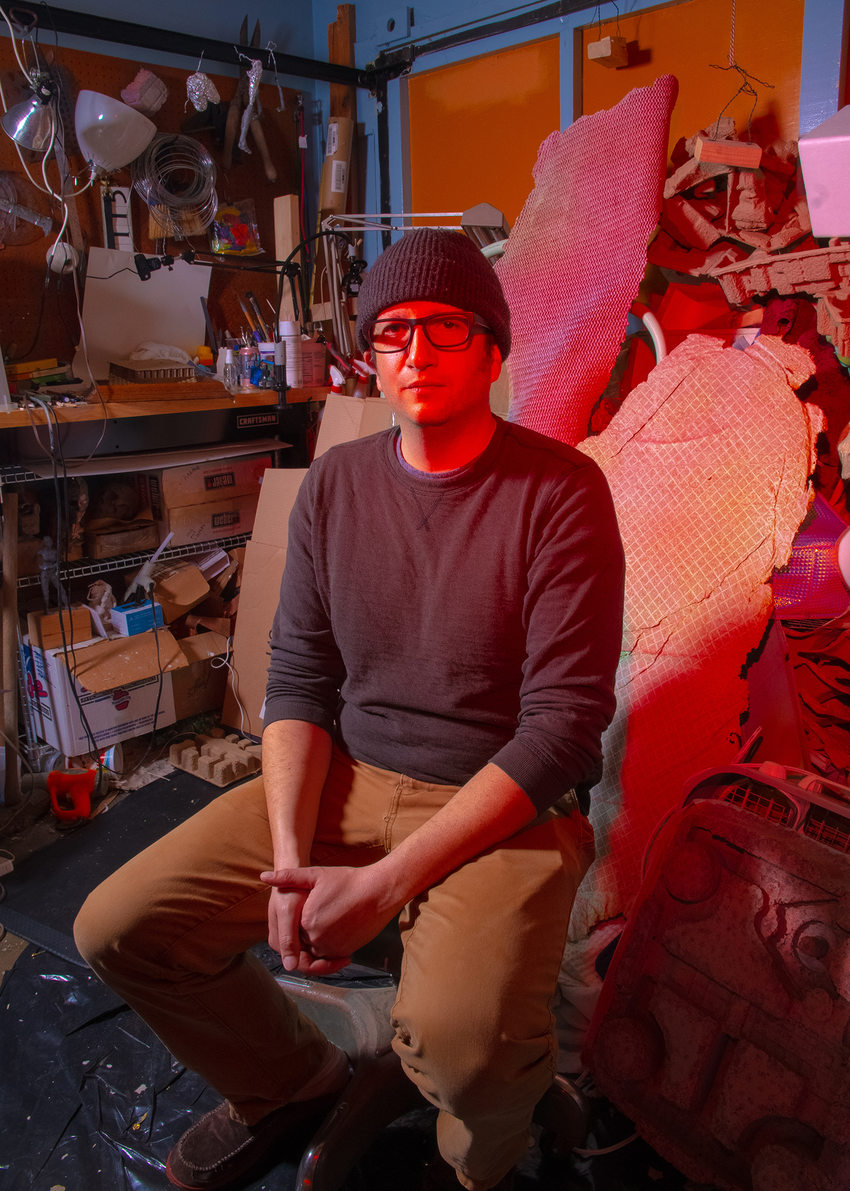 Colin Kippen grew up in rural Vermont. Kippen was a nine-year apprentice to jewelry making. He earned a master’s in fine arts in crafting and a post-baccalaureate certification in metals from Oregon College of Art and Craft. In addition, he received a bachelor of art in studio arts from Carleton College. He teaches art at Clark College in Vancouver and Portland Community College.

Kippen often emphasizes the texture and architecture in his sculptures. Kippen highlights details such as the patterns in take-out containers and packaging materials to bring attention to small, often overlooked details. Kippen believes art is a way for us to connect deeply with the world around us.

“The act of opening up my attention to things around me, it’s part of that personal need to do that, to reconnect more fully with the things I do every day and use every day,”He stated. 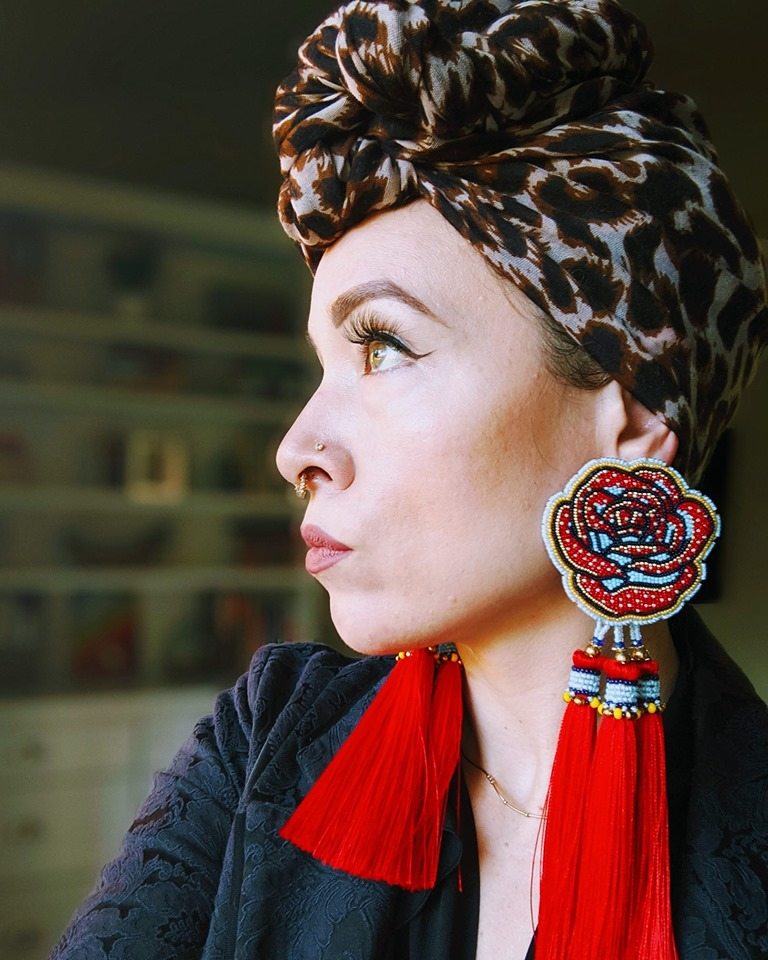 Jessica (Tyner Mehta), an interdisciplinary artist, has a strong passion to the literary arts. She has been awarded several writer-in-residencies around the world. Mehta is the author of over a dozen books that showcase her fiction and poetry.

Mehta, a Cherokee Nation citizen, will combine poetry with installation pieces. The focus of Mehta’s talk will be on residential schools and white supremacist institutions that made Native American children assimilate to Euro-American culture. Many of the children at these schools suffered abuse. Some were even murdered. Mehta’s father was a survivor of a residential boarding school. 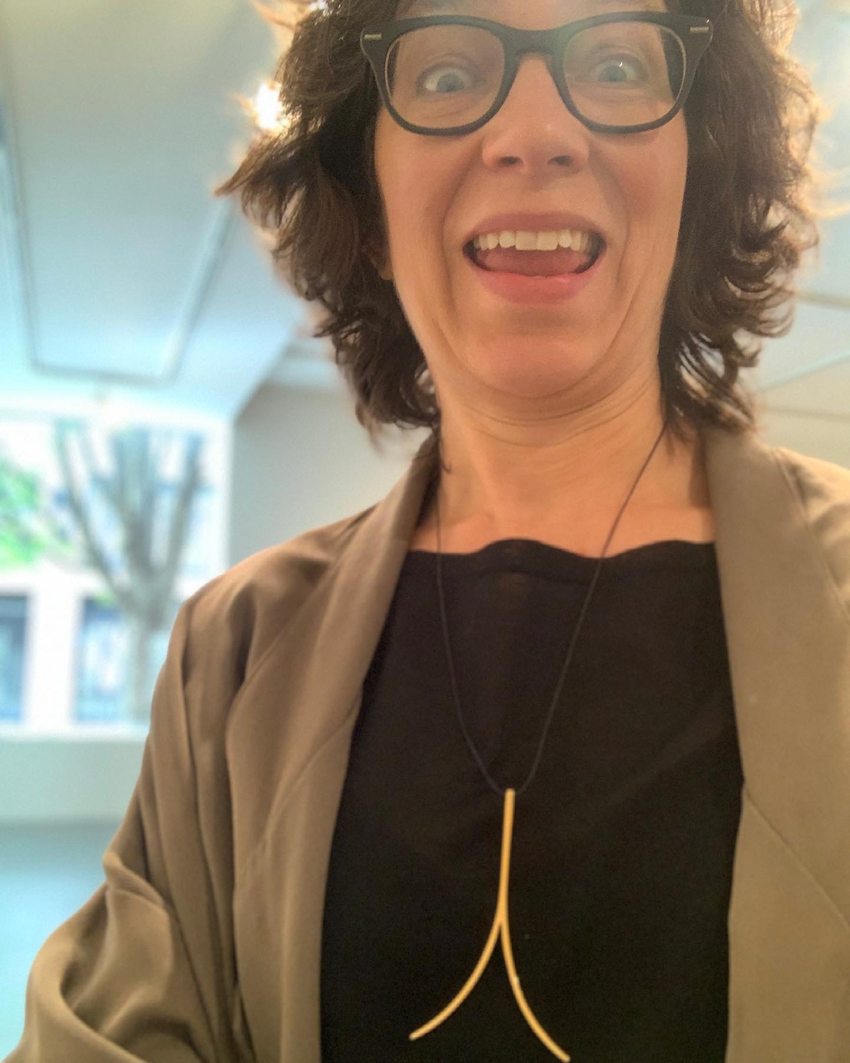 Jensen received a Bachelor of Fine ArtsFrom the Pacific Northwest College of Art. She is represented in Portland by the Elizabeth Leach Gallery and New York by the Cristin Tierney Gallery. Her work is in numerous private and public collections across the country.

Jensen sees the world through art. “It’s always been the armature that I used to try and make sense of the world,”She spoke. “And art making is of an intellectual and a physical armature for asking questions or delving into problems or situations.” 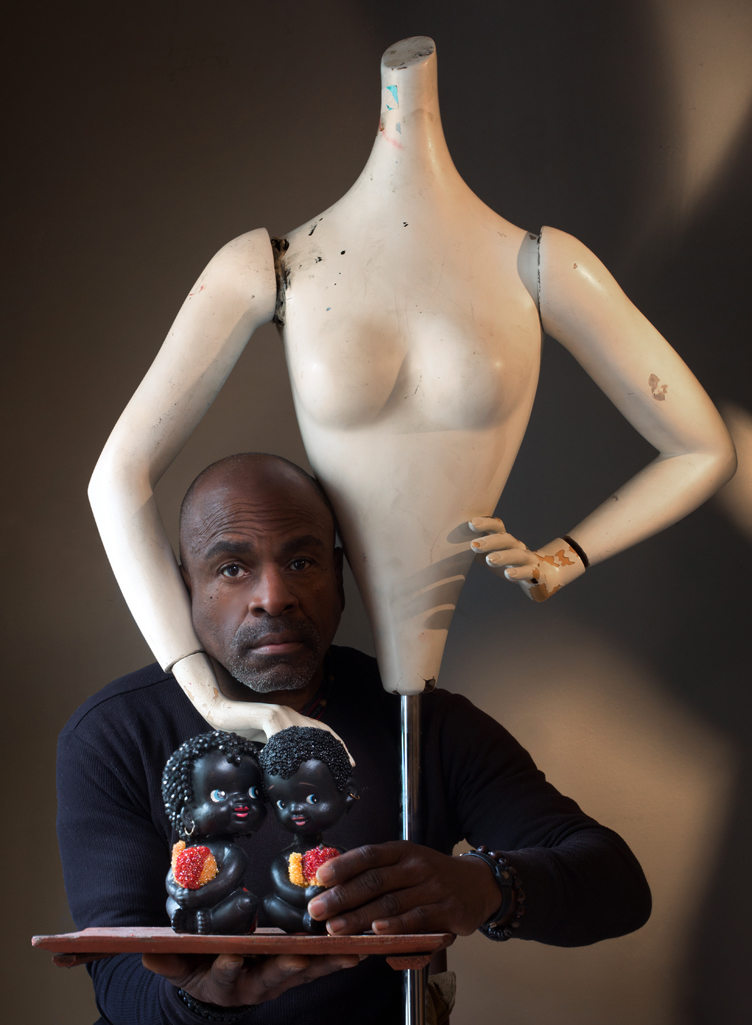 Willie Little, a multimedia artist, combines sculpture, painting and sound installations to tell the truth. Little grew up in the South, where he had to deal with the dual identities that come with being Black and gay. He was awarded a bachelor’s degreeIn art from the University of North Carolina at Chapel Hill, and has been exhibiting his work since 1989 in both solo and group shows.

Little claims that his work has a common theme of decay, in people, objects and history. He’s compelled to draw attention to erosion. He is known for his humor and irony as well as rage, defiance, and even rage. He plans to collaborate with GLEAN. toysSince his youth, he has been exploring gender roles.

“I feel like I was born to do this, and it’s my reason for living,”He stated. “What keeps me alive is creating, and observing things around me, and figuring out how to navigate through life, and actually tell stories through art and to entertain.”