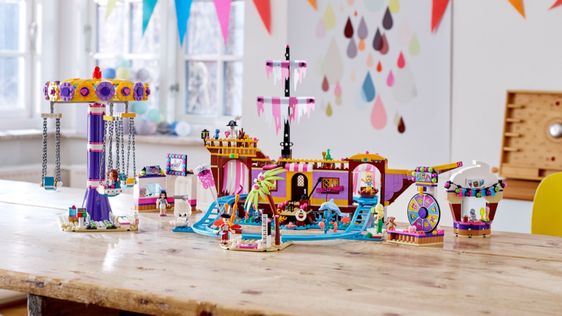 A price comparison website online has published the first LEGO Friends set list for 2022. It includes the most expensive LEGO Friends model.

Brickmerge.de reports that 41704 Apartment Block will be sold for EUR149.99 in Europe. This is EUR20 more than 2015’s 41101 Heartlake Grand Hotel or 41375 Heartlake City Amusement Pier, which were previously the most expensive sets in the Friends range.

The high price tag doesn’t guarantee a record number of pieces. 41375 Heartlake City Amusement Pier is more expensive than 41101 Heartlake Grand Hotel, but it has 301 more pieces. This could be due to the fact that there was a four-year gap between the sets and the inclusion of roller coaster tracks in the former set.

The product name 41704 Apartment Block suggests that it is filled with basic elements. It could be the largest LEGO Friends set. It’s the largest set of a variety of mini-doll-focused products that are expected to arrive in 2022. Here’s the complete list:

These set names probably aren’t final at this stage, and the very existence of these sets also isn’t strictly confirmed just because they’re up on brickmerge. As we get closer to the new year, expect confirmation on the complete LEGO Friends 2022 range. (Where did 2021 go?)

Support the work that Toysdaily.wiki does by purchasing your LEGO through our affiliate links.