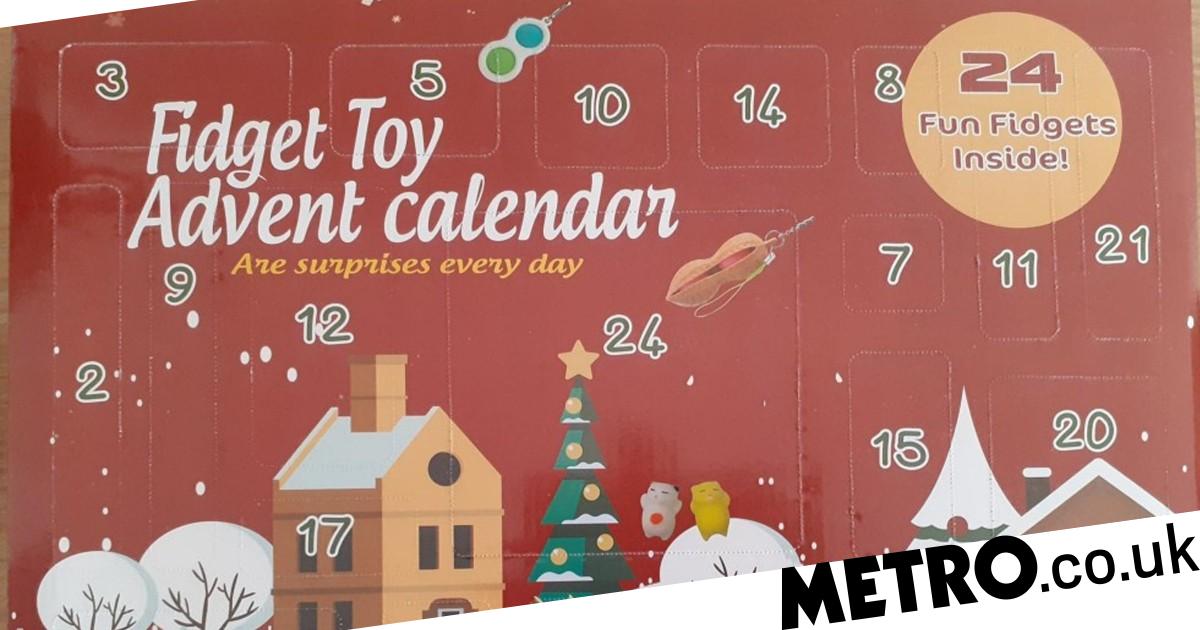 Anyone who purchased this fidget-toy advent calendar is urged to return it to the shop and not give it to children.

Tests of the toys inside found that there were high levels of a toxic chemical used to soften plastic, which can damage children’s reproductive systems.

It was sold in North Lanarkshire, Scotland.

The local council claimed that the product does not identify its manufacturer or importer, and has now issued safety warnings.

Councillor Michael McPake said: ‘The lack of manufacturer and importer details on this calendar raised concern with our trading standards team, and testing of the product highlighted significant safety concerns.

‘Thanks to the vigilance of our officers, we are taking action to remove these calendars from sale and I would ask the public to share this information with anyone who might have bought one of these calendars.

‘Our advice is don’You should not allow children to open the calendars.

‘You are entitled to a full refund.‘

All toys sold in UK shops are subject to strict safety guidelines.

Legally, importers are required to test toys before they sell them.

Toys should be marked CE/UKCA to indicate that they have been tested and should include details of the UK important or manufacturer responsible.

You can contact our news team by emailing [email protected]

You can read more stories like these. check our news page.

Get everything you need
Recent news, feel good stories, analysis, and more

Tech Decks are still a thing! Here’s Where To Buy These...

Toys Daily Share - September 23, 2022 0
Fidgeting with your feet or tapping your toes is often interpreted as a sign that you are anxious, nervous, or have an underlying...